You are here: Home / Lending Lifecycle Management / Co-Lending: What is it? How it Works? How Will NBFCs Benefit From It?

By definition, co-lending is when a fintech firm comes together with a traditional lender, to disburse loans. The association allows fintech firms to source clients, perform credit appraisals and disburse a small part of the loan amount. On the other hand, the co-lending arrangement enables a bank to give out the more substantial chunk of funds. In specific provisions, fintech firms are lending along with banks with an increased focus on providing services like risk assessment to banks.

Co-lending allows traditional lenders to associate with fintech firms which boast of alternative credit scoring models and have an even greater digital reach.

Here’s what it means in simpler terms. Traditional banks typically struggle with outreach to all sections of the economy. NBFCs pledge to fill the gap between these untouched sections and banks. In a chain of transactions, banks lend to the NBFCS and these NBFCs on-lend to rural and small scale sector.

Co-Lending in times of the NBFC Crisis

The NBFC sector garnered massive accolades for its ability to deliver high margins and golden growth rates. Primary reason for this was the lending activities it initiated into the lucrative segments of the Indian economy, which were otherwise neglected by banks.

However, this also led to unchecked lending which resulted in a strong backlash due to the undue risks taken by NBFCs in the pursuit of growth.

After suffering from a massive credit squeeze in the year gone by, NBFCs are ready to see the light of the sun with co-lending. NBFCs saw an enormous decline in credit growth and a liquidity crunch following the collapse of IL&FS about a year ago. Fear that the fallout would set off a chain reaction of business failures across the NBFC space dominated the industry. However, to everyone’s relief, the domino effect never entirely played out. The crunch led to a few isolated credit downgrades of some NBFCs. These isolated downgrades have severely undermined market confidence in credit ratings and the accounting practices of non-banks. 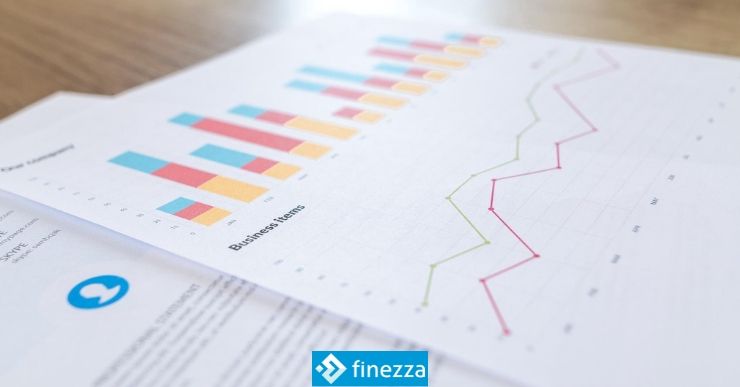 Recognizing that the ALM and liquidity crises are restricted to a handful of NBFCs/HFCs, the Reserve Bank of India (RBI) announced the framework for co-origination of loans by banks and non-deposit taking non-banking finance companies (NBFCs) in the priority sector. Keeping up with the needs of a growing economy, there is a pressing need to fund the small to medium scale enterprises of the country. The arrangement requires involving the sharing of risks and rewards between banks and NBFCs. Policy emphasis is on long term structural reforms rather than incentives that are short term. The new co-origination lending system introduced by the RBI in the wake of the liquidity crisis at non-banking finance companies is set to enhance the credit flow to productive sectors.

At present, banks are increasingly looking in the direction of NBFCs that harness the power of digital lending to explore this previously unexplored route. Traditional lenders look forward to collaborating with non-banking financial companies that have expertise in lending to particular sectors of the economy. Because of their enhanced outreach, NBFCs will help Banks with on-boarding of the broader customer base. This will ensure last-mile connectivity for banks in the areas where they are inaccessible. Traditional banks, on the other hand, will contribute in the form of enhanced customer service and grievance redressal for the borrowers.

Recommended for you:  Banks and FinTech: Rivals or Partners?

However, the co-lending reforms also mean that Banks and NBFCs will be sharing responsibility as well as risks associated with the lending.

Banks would need an undertaking from NBFCs stating that its contribution towards the loan amount is not funded out of borrowing from the co-originating bank or any other group company of the partner bank. NBFCs that engage in short-term asset financing have seen their funding constraints wave off.

How Will NBFCs Benefit from Co-lending?

In today’s market, NBFCs have a strong business growth potential over the medium to long term and hence require continued funding support. The funding challenges they face constrain their growth opportunities. All NBFCs who desire to make retail participation and maintain good quality books need a liquidity lifeline. Co-lending has opened up liquidity windows for market players which boosts confidence. This unique liquidity window through banking channels will provide growth capital for NBFCs on a sustainable basis. In the absence of co-lending directives, lenders would have remained reluctant to increase their exposure directly to NBFCs. Co-lending will help the troubled NBFC sector get back on track with the lending processes after the slump.

NBFCs are not new to the co-origination / co-lending business model as they have been partnering with banks in various forms for loan origination. The only difference is that there used to be some form of loss-sharing arrangement, which is not permitted under the current RBI guidelines.

Recommended for you:  India's Neo-Banks: Lessons to Learn for Traditional Indian Banks and Lending Businesses

Many banks are preparing to embrace the model of co-lending and collaborate with NBFCs. They are ready to welcome an automated lending process without manual intervention from the on-boarding of customers to loan disbursement and monitoring. Co-origination requires significant groundwork from both the bank and the NBFC before it is put to good use. Both parties are working on mutually acceptable sourcing and credit policy and seeking approvals from their respective boards. The arrangement also requires them to need to enter into a tripartite agreement with each borrower. They need to have a separate account to monitor the funds’ movement under the co-origination model.

If you are looking for the perfect automated lending process management tool which takes care of the entire lending lifecycle management without requiring any manual intervention, then Finezza’s NBFC software is what you need. Feel free to get in touch with us for a demo.